Oil is a photographic project born from an idea by Marta Petrucci and realized with the collaboration of another photographer Keri Kilgo in 2012. The
shoot was inspired by the tragic social issue of marine pollution. From that the choice of shooting the pictures on El Matador Beach in Malibu(CA) reproducing
the environmental conditions of the oil disaster, known as the Black Tide, that occurred off the coast of the Gulf of Mexico in 2010. In this pictures that Marta
took we find ourselves revisiting those same images transmitted by the media at the time. Giving a human dimension to the ecological disaster, the artist tris
in this way to sensitize the people consciousness with strong images. The beach, now polluted by the oil, is the scenario of the suffering and death of living beings: the oil spill invade the white “feathers” of the models. 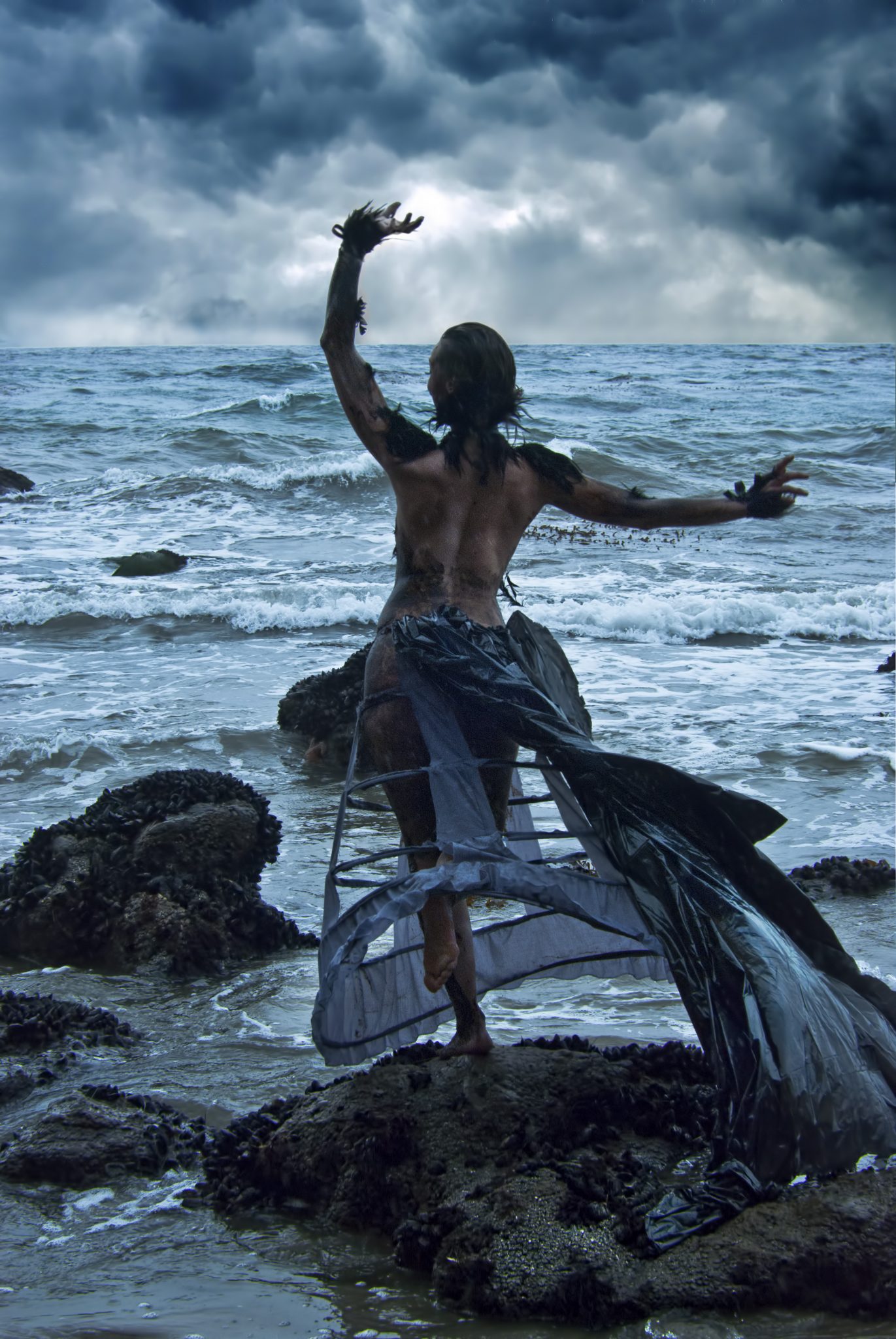 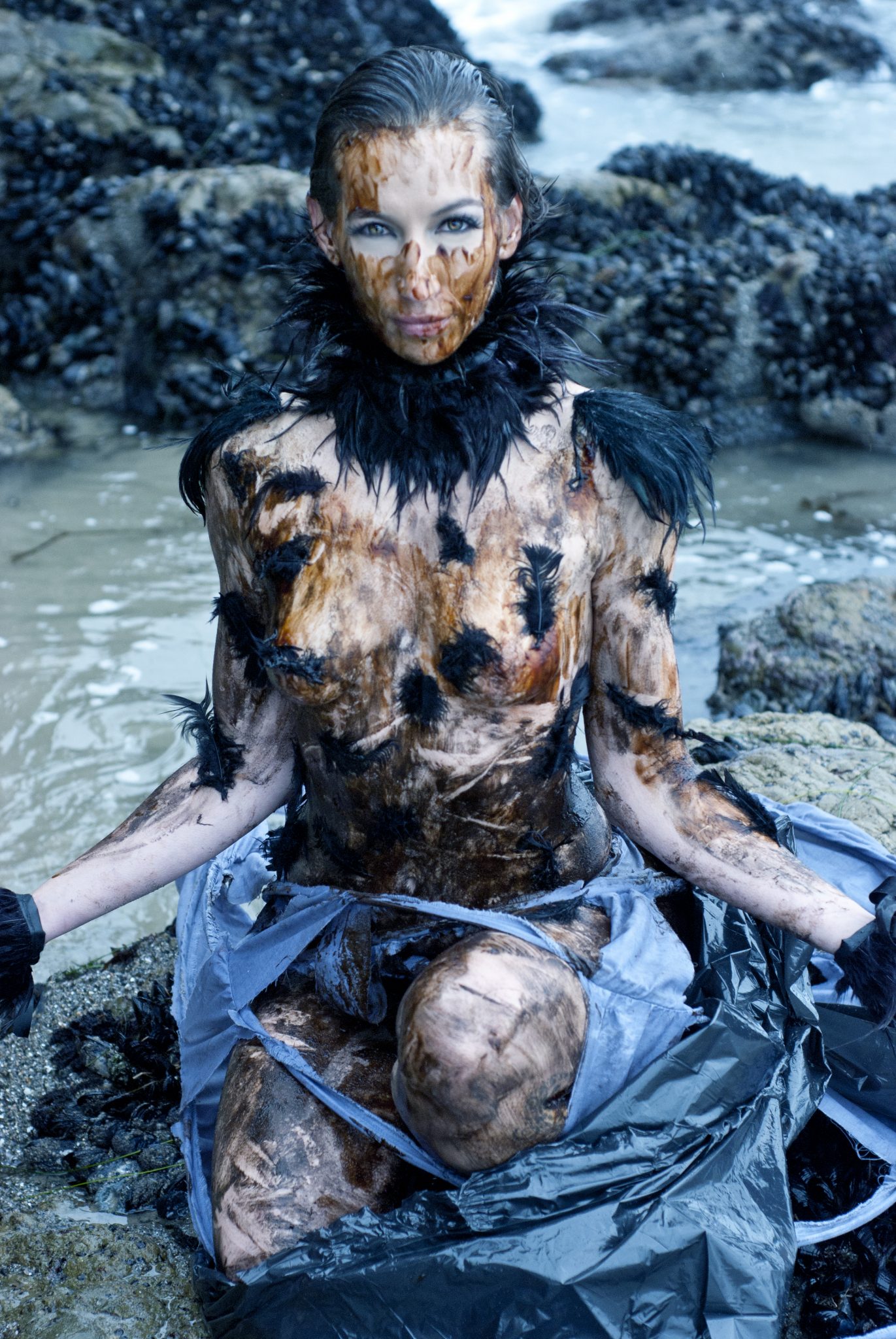 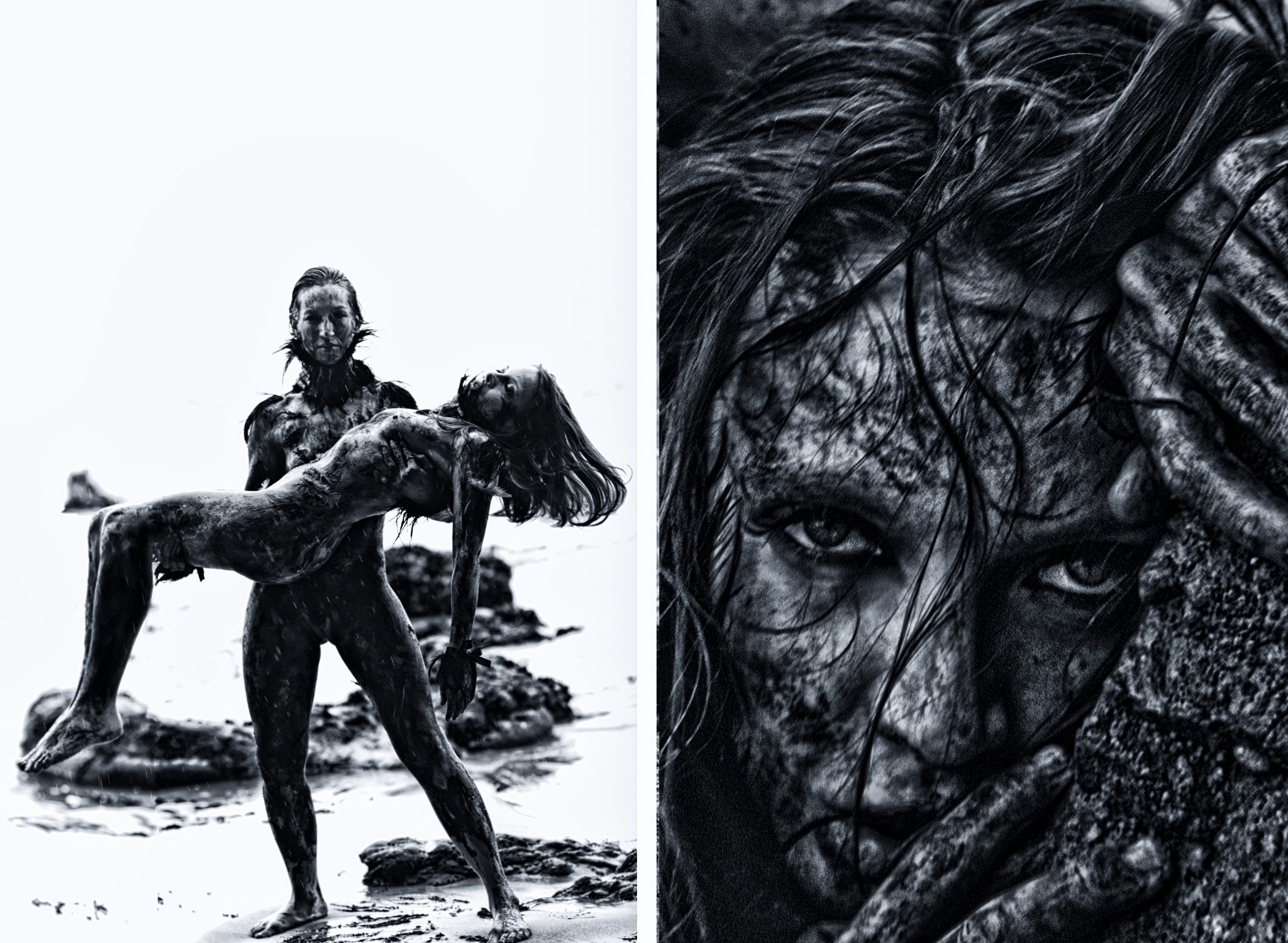